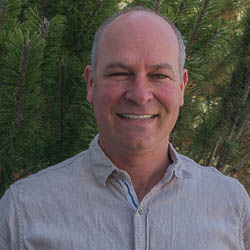 Jim was raised in the suburbs of Detroit, MI as the youngest of three siblings whose mother was a LCSW and father managed a group of engineers at Ford Motor Company. It was the 70s, Motown and dreams of playing hockey were all that filled Jim’s head. In the fall of 1987 he made his way to Denison University where he met Peg Rodgers and started on the path to the rest of his life. They moved to Montana in 1991 and spent 5 years learning the ways of living in a small western town. By 1996, they were ready to begin their dream of opening a bakery in Joseph, OR. They owned and operated WildFlour Bakery for almost 15 years and started a family along the way. Their son Flynn was born in 2003 and their daughter Cooper was born in 2006.

If Jim was to define his life in one word, then family is everything to him. In 2011, he graduated from Portland State University with a B.S. in Civil Engineering and took a job with Devco Engineering as a structural engineer designing cold formed steel framing for large commercial and private projects throughout the western states. His free time is spent with family and friends at Fergi and ice skating in the winter, while enjoying the lake, hiking and hunting during the warmer months.

In addition to his board position at Wallowa Valley Center for Wellness, he is the treasurer of the Ferguson Ridge Ski Patrol and the Safety Officer of the Wallowa Valley Little League. He also serves on the Wallowa County Planning Commission and recently started the non-profit Wallowa County Athletic Network (WCAN) to build community through sports and physical activity. He is honored to be a part of the Wallowa Valley Center for Wellness team and firmly believes the work performed in this organization makes Wallowa County a better place. Developing the Hearts for Health project has been his main focus as a board member and is very excited to be a part of this nationally renowned project.

Ted was born and raised in Pendleton, OR, and served in the Army for 27 years, all in combat arms. After 3 years of active duty during Desert Storm, Ted came back to Pendleton and was offered a job, directly due to his service, at Fed Ex. Ted spent 25 years with that company as a Swing Driver and during that time, filled in for the Wallowa County route. It was then that he decided this was where he wanted to call home. Ted ended up moving to Enterprise in late fall of 2015. He spent some time working at Highview Angus Ranch. Ted was connected to services here at the local Veterans Services Office and was soon asked to apply for the Veterans Service Officer position since the current officer was retiring. Ted applied and proudly accepted his new role as Wallowa County’s Veterans Service Officer.

Ted decided to sit on the Board of Director’s for Wallowa Valley Center for Wellness WVCW) for several reasons. He not only has a passion for helping local Veterans, but also connecting them with behavioral health services. Also, Ted deeply supports the integrated model that WVCW utilizes currently with providers from Winding Waters Clinic. He truly supports the plans for further integration at the integrated health services facility. Ted believes strongly in the reducing stigma in receiving mental health services and believes this model helps to do that.

Ted is a proud husband of Jimmie K. Thorne and has been married for 31 years and they have 8 kids together and just had their 9th grandchild. He enjoys spending his free time fishing and hunting and really enjoys living and serving Wallowa County. 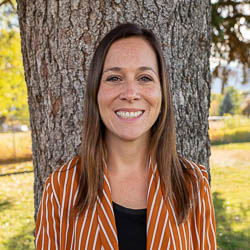 Ruthie Mann was born and raised in the farmlands of Indiana, but only a hop and a skip from Chicago, Illinois. She always knew she wanted to be in healthcare and pursued a nursing career through Purdue University in 2004. Her career started in pediatric and adult acute care in Crown Point, Indiana. She fell in love with Wallowa County and moved to Joseph in 2009 with a job secured at Wallowa Memorial Hospital. She expanded her training to include ER and OB as well. Wallowa County quickly became her home and gave her the first sense of true community.

Working in ER brought experience with mental health and addiction that Ruthie hadn’t previously encountered from the professional side but having family members that have suffered from mental health issues and alcoholism brought a level of understanding and compassion that had yet to be summoned. When given the opportunity to join the board of directors, she immediately accepted with hopes of contributing to the community and partnership between WVCW and WMH. Ruthie joined the board in 2018 and has enjoyed the contributions from a very strong and diverse group of people. The staff of WVCW have also been very impressive and always work hard to grow and adapt with the community and it’s needs. 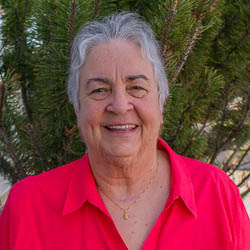 Gay has served as board member since 2010 and believes that mental health services can make a difference in peoples’ lives and help them heal and get better. She was a school counselor for 32 years and was a Licensed Professional Counselor for 25 years as well as a National Certified Counselor through the National Board of Certified Counselors. She brings a wealth of knowledge and energy to the board. 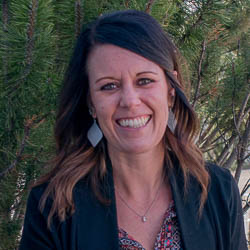 Amy Stangel is a Juvenile Counselor for the Department of Youth Services and supports youth in many ways in our community. She carries a case load of youth that have been referred by law enforcement, mostly dealing with drug and alcohol offenses. She also leads many prevention programs within all the local schools, including Girls Circle, Character Strong, drug and alcohol education classes, co-leads Natural Helpers, and is a member of the Safety Assessment Team that assesses threats in our schools. Amy sits on the Board of Directors at the Wallowa Valley Center for Wellness because she has a passion for kids and their well-being. Knowing that mental health plays a huge factor in youth development, Amy strives to get kids in Wallowa County to create positive relationships with programs and professionals that can help them feel safe, healthy and supported. 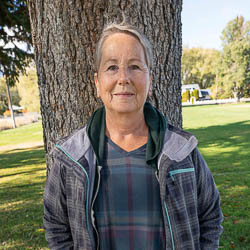 Marty lives in Wallowa, Oregon and believes in giving back to her community and taking care of people. Marty comes to us with a variety of experience. For 20 years, Marty taught social studies at Wallowa High School and was a beloved teacher. Prior to that, she worked for 10 years with a diverse group of individuals as a lead in a factory setting.

Since retiring from teaching, Marty has been giving back to her community. She volunteers her time to several organization in our community like the Friends of Wallowa School District and Wallowa Public Library. She was instrumental in the implementation of Wallowa Memorial Park. Marty continues to make Wallowa a wonderful place to live, play, and grow.

She is excited to serve on Wallowa Valley Center for Wellness (WVCW) board and strongly feel everyone deserves to live a full life with caring support. She loves how our community and WVCW takes care of our most vulnerable and provides homes, teaches life skills and gives support to those who need it most. She feels it helps us all develop a deeper compassion to others. 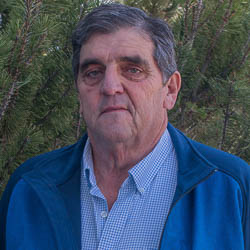 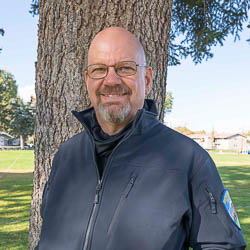 Joel is a native of North Carolina and a U.S. Air Force veteran. Joel retired as a Captain with the Catawba County Sheriff’s Office in Newton, North Carolina with 23 years law enforcement experience. In May 2016, Joel moved to Wallowa County with his wife, Cathy, and son, Joseph, to serve as the Chief of Police for the City of Enterprise Police Department. Joel’s daughter, Kelsey, stayed in North Carolina, where she is now a licensed mental health counselor.